Were The Metaverse Tokens Affected? 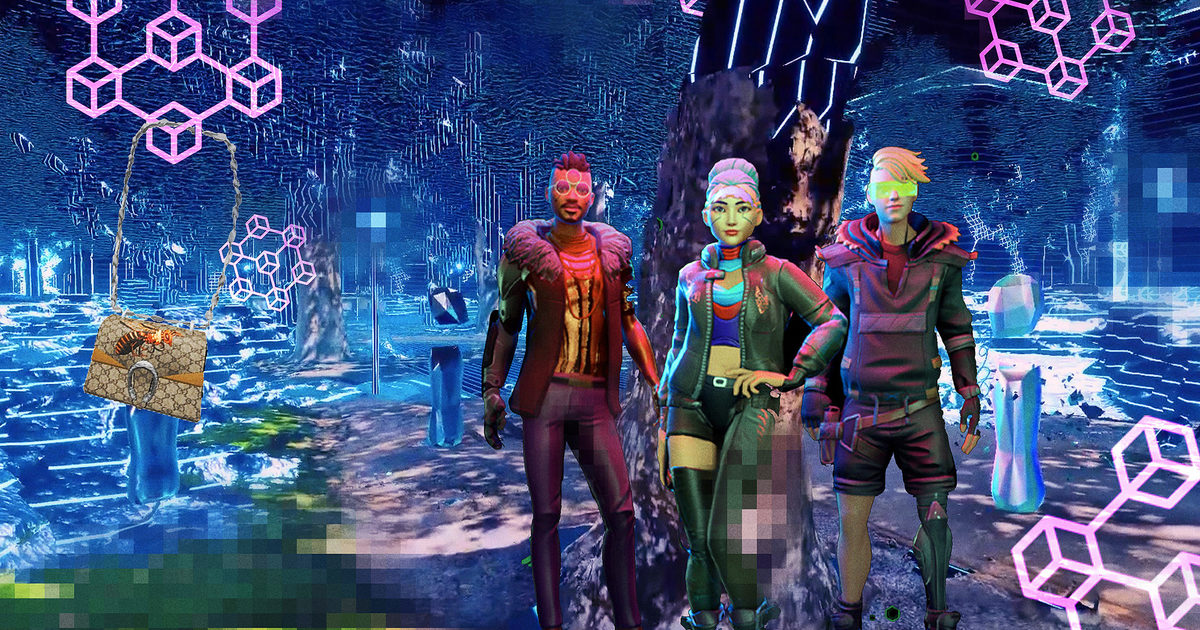 Were The Metaverse Tokens Affected?

“Metaverse” has been a Silicon Valley buzzword for months, but interest soared in October after Facebook’s parent company renamed itself “Meta” as it shifts its focus towards VR.

The Facebook rebrand “introduced the term ‘metaverse’ to millions of people a lot faster than I would have ever imagined,” said Cathy Hackl, a tech consultant who advises companies on entering the metaverse.

It’s unsurprising that the market is booming, spawning an entire ecosystem around virtual real estate, from rents to land developers. “We’re trying to translate the way we understand physical goods into the virtual world,” she told AFP.

And while it may be some time before these sites operate as true metaverses, transporting us elsewhere with VR goggles, digital land is already functioning as an asset just like real land.

While the future of metaverse and gaming tokens looks bright, there’s little real adoption in the present.

Why? Because the hype around NFTs, Bitcoin and all the other top 10 coins are still the trending topic.
Metaverse and gaming-related tokens have suffered steep losses during a time when the broader crypto market is fighting through a weekend sell-off.
According to crypto data site Dapp, land worth more than $100 million has sold in the past week across the four largest metaverse sites, The Sandbox, Decentraland, CryptoVoxels, and Somnium Space.
Decentraland (MANA), the top-ranking metaverse asset according to the cryptocurrency analysis firm Messari, is down 25% in the last seven days. MANA reached a market capitalization of $10 billion on Nov. 25 but now sits at $6.63 billion.

MANA’s drop is followed closely by AXS, one of the tokens in the leading play-to-earn game Axie Infinity, which is down 23% in the last seven days. The AXS market cap is currently $6.21 billion but reached a high of $9.77 billion on Nov. 7, according to CoinMarketCap.

In Decentraland, everything from land to virtual artwork comes in the form of a non-fungible token, or NFT.

Some people have spent tens of thousands of dollars on these digital items, and the concept has generated scepticism as well as excitement. But Kiguel predicts this form of digital ownership will become widespread in the coming years, because the blockchain technology behind it creates trust and transparency when making transactions.

“It is no surprise that gaming/metaverse tokens got hit the hardest after the recent hype,” said Lucas Outumuro, head of research at IntoTheBlock. Outumuro said that these tokens are extremely speculative bets, which is evidenced by the high concentration of short-term traders.

He said this previously occurred with shiba inu (SHIB), the self-proclaimed “dogecoin killer,” which had a high concentration of short-term traders too – a strong indication of coins riding hype cycles.

Research from IntoTheBlock shows that metaverse tokens such as MANA have a high percentage of holders that bought within the past 30 days (32%), while such traders make up less than 10% for both BTC and ETH at the moment.

Luxury brands are already venturing into the metaverse — a Gucci handbag sold on the Roblox platform in May for more than the real version — and Kiguel hopes Fashion Street will become a digital shopping experience.

Bitcoin, the world’s largest cryptocurrency, is down 15% in the last seven days. Bitcoin experienced a crash on Saturday, which saw the price fall as low as $42,400 on some exchanges.

SAND, the native cryptocurrency of the blockchain-based virtual world The Sandbox, is down 25% in the last seven days, mirroring MANA’s dip over the same time span.

Matthew Dibb, Stack Funds’ chief operating officer and co-founder, said that while the future of metaverse and gaming tokens looks bright, there is very little real adoption in the present.

“Most of the price appreciation was made up of future expected value rather than present valuation metrics,” said Dibb. “Adding fuel to the fire, there have been some large unlocks of early investors that have chosen to liquidate since the crash.”

Index Coop’s Metaverse Index, which tracks crypto assets and protocols building out virtual worlds, is down 8.7% on the day.

Latest Posts
PrevPreviousWill it be a Bullish Q1 for 2022?
NextVisa and CryptoNext