Will USA be the global crypto and blockchain leader ? 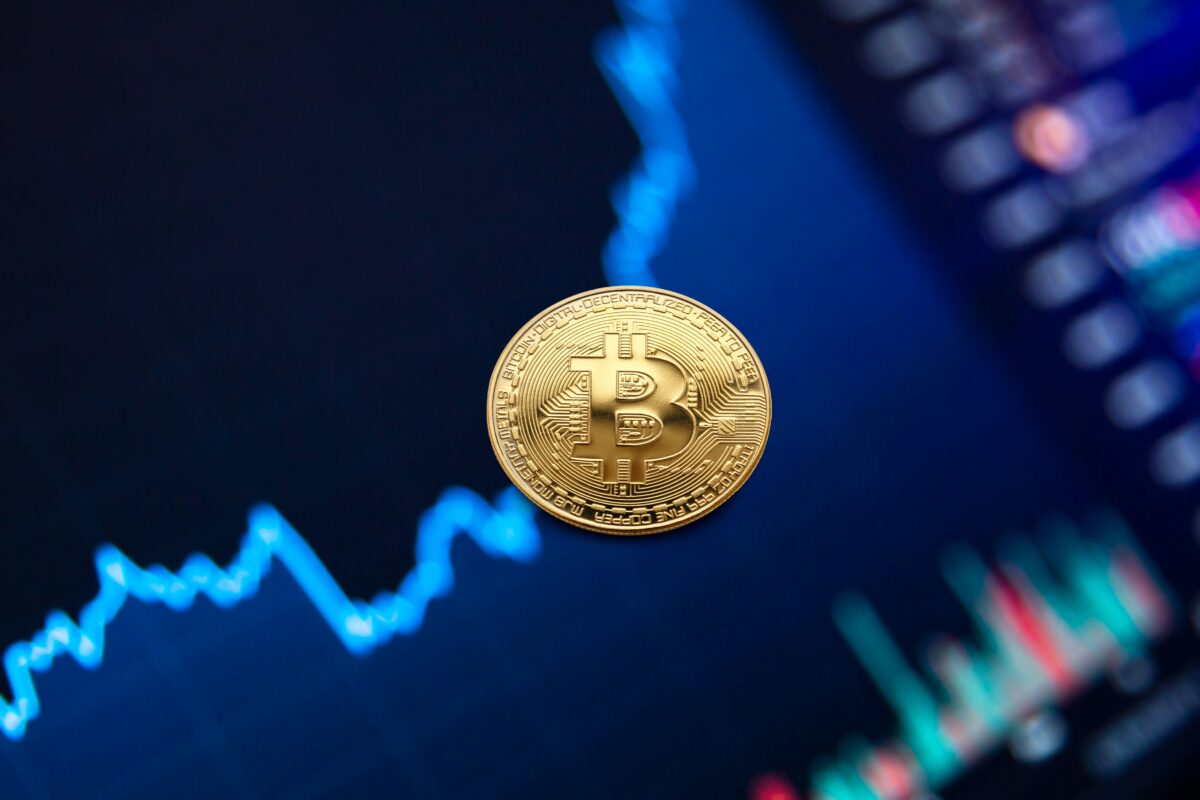 Will USA be the global crypto and blockchain leader ?

The United States is rapidly embracing decentralized finance, the cryptocurrency sector and the innovative industry of blockchain technology.
We have some great news coming out of the United States on the cryptocurrency industry this month with potentially more good news coming later this fall. On Oct. 6, Gary Gensler, head of the U. S. Securities and Exchange Commission (SEC), confirmed during a House Committee on Financial Services hearing that the regulator will not ban cryptocurrency, potentially blazing the path for the world’s largest economy to become the global leader in the development of decentralized finance (DeFi) and blockchain technologies.
Gensler, who taught a class on cryptocurrency at MIT, also said that prohibiting cryptocurrency doesn’t fall under the SEC’s mandate and the only way to legally ban digital assets would be through Congress. “It’s a matter of how we get this field within the investor consumer protection that we have and also working with bank regulators and others — how do we ensure that the Treasury Department has it within Anti-Money Laundering, tax compliance,” Gensler said. He also added:

“Many of these tokens do meet the test of being an investment contract, or a note, or a security.”

U.S. regulators will not ban cryptocurrencies
The SEC’s announcement comes after U.S. Federal Reserve Chair Jerome Powell said on Sept. 30 that the regulator has no plans to ban Bitcoin (BTC) and other cryptocurrencies during testimony in Congress. When asked by Rep. Ted Budd, a longtime advocate for the cryptocurrency sector and a member of the Congressional Blockchain Caucus, whether he intended to “ban or limit the use of cryptocurrencies,” Powell responded with a resounding “No. [I have] no intention to ban them.”
Most of the media reports I have been reading are headlined with “The U.S. will not ban cryptocurrencies.” This is true, but this also means something much more significant: The U.S. will allow cryptocurrency to grow and will embrace the community to be involved in the process of discussing better ways for regulating the industry.
When the largest economy in the world announces that it will allow cryptocurrency to exist with its current financial industry — of course, with proper regulation — all other nations should take notice and begin considering opening their doors and regulating the industry in a fair way that spurs innovation and helps to create new jobs.
The U.S. allows crypto as adoption increases
As we have been seeing, U.S. regulators are incorporating the cryptocurrency industry into its financial system — allowing the traditional banking system to work alongside the new and fast-growing decentralized financial system. This could enable the U.S. to become a frontrunner in fintech development, blockchain technologies and even into more unconventional parts of decentralized finance such as insurance, trade finance and fundraising.
From a regulatory standpoint, there is plenty of work that still needs to be done by the cryptocurrency community and the U.S. government to pinpoint where their interest aligns and how they can work tougher, therefore making a smart decision together on how to regulate the industry, including the regulation of stable coins, decentralized exchanges, cryptocurrency derivatives and yield farming, just to name a few. 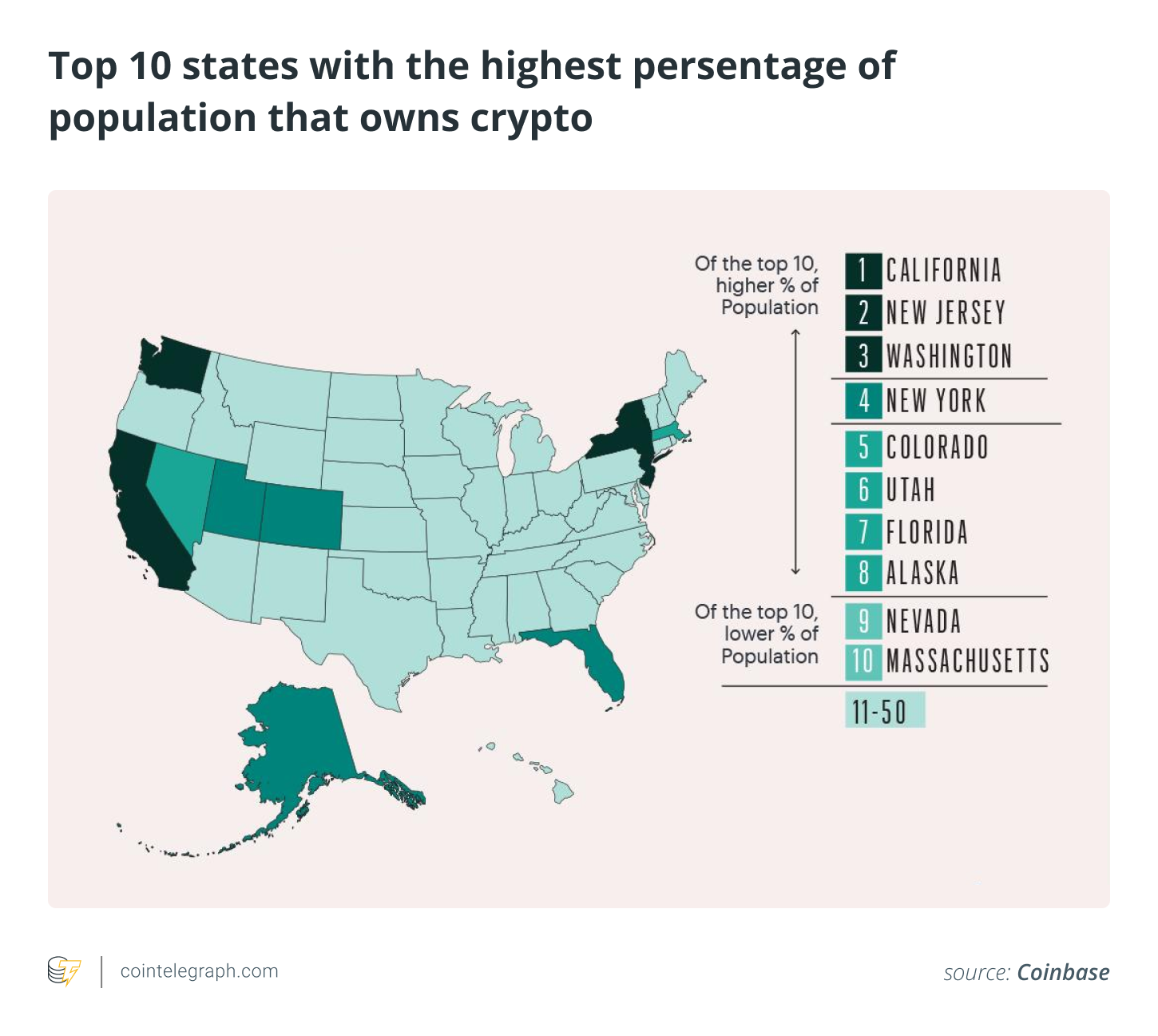 It is also very possible that the SEC could approve as many as four Bitcoin futures this fall, based on Bloomberg Intelligence’s count. On Oct. 3, the analyst put the chances the SEC would approve a Bitcoin exchange-traded fund (ETF) at 75%, with ProShares and Valkyrie already leading the race, getting their approvals coming on Oct. 19 and Oct. 22, respectively.
Related: Bitcoin futures ETFs: Good, but not quite there
The U.S. set to lead in blockchain technologies
It’s also nice to note that even American lawmakers are buying Bitcoin. U.S. Senator Cynthia Lummis disclosed that she scooped up the world’s largest cryptocurrency on Aug. 16, worth between $50,001 to $100,000.
Since the U.S. government won’t ban cryptocurrencies and American politicians are investing in them, it would be a good idea for all of us to reevaluate our investment portfolios and take a long look at Bitcoin, Ether (ETH) and other new blockchain technologies.
The U.S. is clearly signaling that it will embrace and regulate Bitcoin, blockchain technology and other cryptocurrencies, which from a geopolitical perspective, couldn’t have been more smart — positioning itself to receive massive foreign investment and attract the best talent on the planet. I expect to see the U.S. become the leader in decentralized finance over the coming years as regulators continue to work with the cryptocurrency community to build a sustainable and secure industry.
This article does not contain investment advice or recommendations. Every investment and trading move involves risk, and readers should conduct their own research when making a decision.
Latest Posts
PrevPreviousBTC Bulls might just be ready to hit $85K — analysis
NextHong Kong re-evaluates retail sales for CryptoNext