Russia Sanctions Will Encourage More To Utilize The Benefits Of Crypto 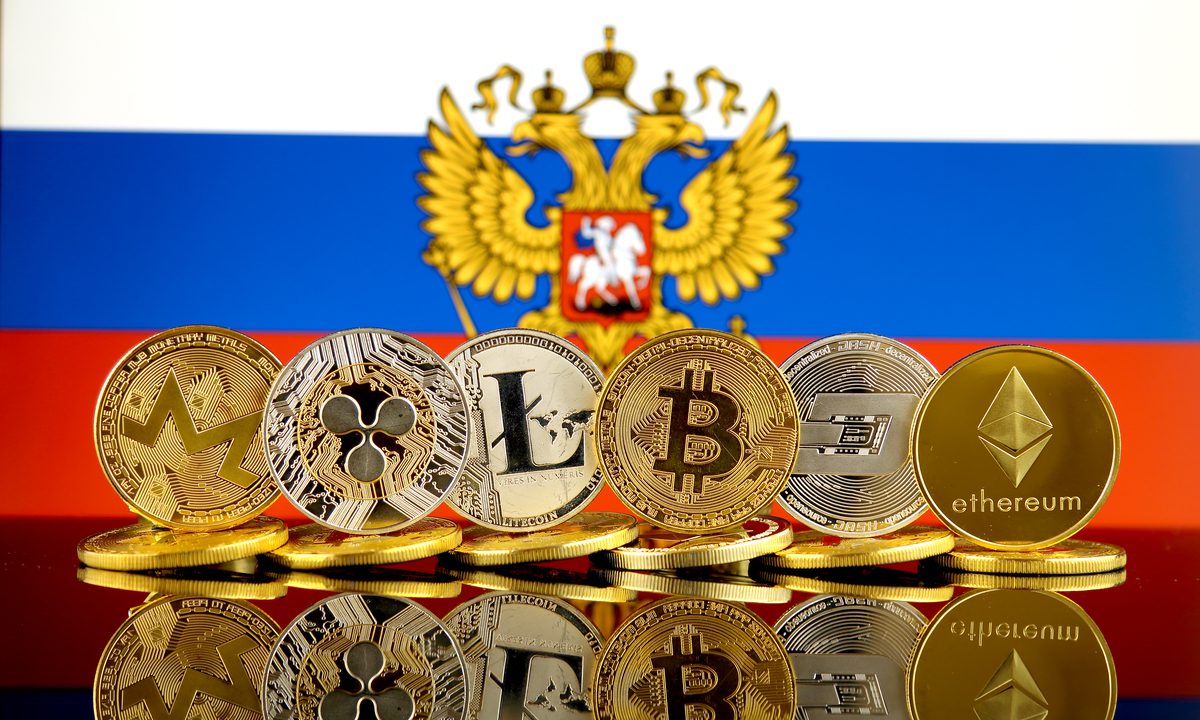 Russia Sanctions Will Encourage More To Utilize The Benefits Of Crypto

Europe is at war while Russia in an economic chokehold.

The United States is experiencing its highest inflation in 40 years and it’s likely to get worse.

Currency and equity markets are gripped by a scale of volatility unseen in years.

The status quo of the traditional geopolitical order faces a crisis. And commodities are trading like meme stocks.

Enter cryptocurrency – a $3 trillion market that promises to liberate people from the grip of the global financial system.

Cryptocurrencies have become increasingly mainstream. Five years ago, the market was valued at just $14bn – a fraction of what it is today.

The US government, among others, is trying to get in on the digital asset boom, seeking to regulate and reinvent a sector operating largely out of its reach.

US President Joe Biden on Wednesday signed an executive order requiring the government to assess the risks and benefits of creating its own central bank digital currency (CBDC).

While taking inspiration from cryptocurrencies and following some of the same principles, CBDCs are not regarded as crypto as they are regulated by a central authority. The White House will also look into mitigating crypto risks for consumers and leading economic and technological competitiveness and innovation in the sector.

China debuted its version of a CBDC, the digital yuan, during the Beijing Winter Olympic Games last month.

According to the Pew Research Center, 16 percent of Americans have dabbled in trading, using, and investing in cryptocurrencies.

We may refer to 2022 as the year of the big catalyst for crypto because what governments did is actually force adoption, as they put people in a position where they have no choice but to flee to the other system.

The US and its allies have imposed sanctions on Russia over Russian President Vladimir Putin’s decision to invade Ukraine.

The world’s largest credit card networks, Visa and Mastercard, and internet payments giant PayPal announced over the weekend that they are suspending services in Russia. That means that credit and debit cards issued by Russian banks will no longer work outside of Russia. Russian businesses also will not be able to accept cards issued from outside the country.

“It’s the most ridiculous thing,” Neuner said. “Russians that are living in the US but have bank accounts in Russia have had their credit cards cut off. Essentially, people are forced onto the alternative financial system.”

Russians have also been barred from using SWIFT – an international bank messaging system vital for transactions. Russia’s central bank has had its assets seized and hundreds of companies in the tech, oil, media and consumer goods sectors have pulled their operations from the country. Last week, the rouble hit an all-time low.

Bitcoin is the world’s most well-known fully decentralized cryptocurrency. The majority of the digital coin’s trading is done on a peer-to-peer basis. There is no middleman, unlike with banks, and transactions are recorded on a blockchain – a digital ledger maintained by a network of computers.

Bitcoin was created by Satoshi Nakamoto, the pseudonymous for the anonymous person or entity that basically wrote the code. Nobody funded it, nobody invested in it –it’s open-source software. There was economic incentive for people to join the network to mine Bitcoin and over time, that incentive led to the creation of what Bitcoin enthusiasts consider the strongest computer network in the world.

To change something in the Bitcoin infrastructure, a proposal must first be submitted and then approved by many different players in the Bitcoin universe, including the people who mine the Bitcoin and the nodes – those who run the software.

This infrastructure is what makes Bitcoin resilient to nation-state attack and meddling.

In addition to the decentralized Bitcoin network, there are centralized and decentralized trading platforms where one can buy, sell, and trade Bitcoin and thousands of other digital currencies and assets.

Centralised exchanges, which include platforms such as Coinbase, Binance and Kraken that embrace government oversight, have recently come under pressure to ban all Russian users — not just sanctioned individuals — from their platforms.

Coinbase announced earlier this week that it had blocked 25,000 Russian-linked cryptocurrency addresses. The platform said the addresses were linked to Russian individuals or entities it believed to have engaged in illicit activity. Last week, the world’s largest NFT marketplace, OpenSea, reportedly removed Iranian users from its platform.

A truly decentralized network like Bitcoin protects users from this.

Sanctions only work if people are using your currency. But if Russia and China decide they’re going to use Beijing’s digital central bank digital currency or Moscow decides to create its own, sanctions will no longer pack a punch.

In January, the US Federal Reserve said that its very own CBDC could be critical in maintaining the US dollar’s dominant global role. The central bank warned of “a potential future state” in which countries’ CBDCs could reduce the dollar’s global use and dominance.

China may have an opening in meeting the needs of Russia’s new economic reality.

In response to the Visa and Mastercard blockade, Sberbank and other Russian banks are reportedly considering using China’s credit card company UnionPay to issue cards.

A digital yuan could allow the Chinese Communist Party to maintain control and surveillance over all domestic transactions, but include privacy protections that make the yuan more exportable as a reserve.

Latest Posts
PrevPreviousCrypto Vs Sanctions
NextA Green Week for Crypto, Bulls are ready for April 2022Next