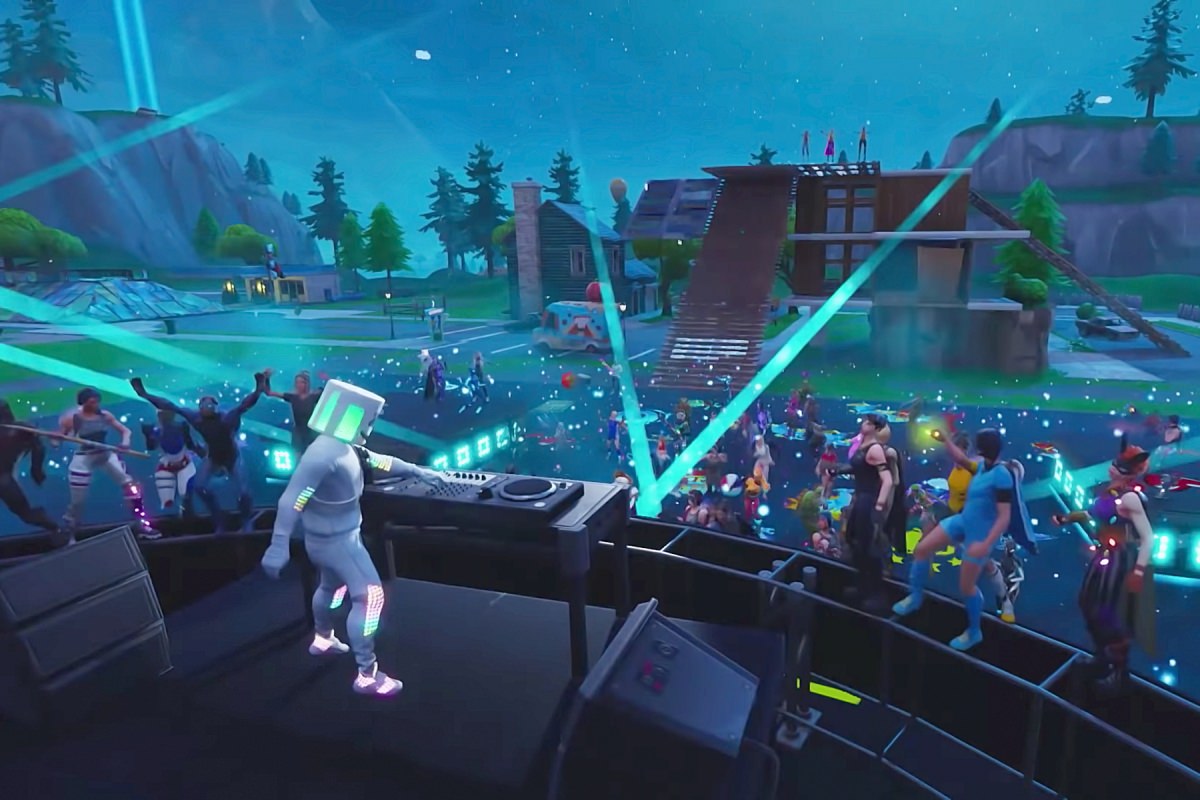 NFT (NonFungible Tokens) tickets are on the rise as artists and fans seek lasting engagement in real life and in the Metaverse through the use of new technology.

From gaming to high-end luxury fashion, NFT use cases have demonstrated the importance of creating lasting connections between a company or a brand and its users/customers.

As such, it shouldn’t come as a surprise that the billion-dollar event-ticketing industry is on its way to being disrupted by nonfungible tokens. Specifically, the online event-ticketing sector — which is expected to reach $60 billion by 2026 — will likely see an increase in NFT ticket platforms and marketplaces that issue virtual tickets across a blockchain network.

Colby Mort, head of marketing and communications at Get Protocol — an NFT ticketing infrastructure provider mentioned that every ticket issued using Get Protocol’s platform is minted as an NFT on the Polygon blockchain. He added that “Since 2016, Get Protocol has processed over 1 million on-chain registered tickets for events across the world, with 500,000 being NFT tickets processed during 2021.”

Challenges aside, NFT tickets will likely gain popularity in 2022 with the rise of the Metaverse. For instance, NFTs could be a way for the music industry to boost revenues that have been lost since the start of the COVID-19 pandemic.

For example, Fitzpatrick explained that Animal Concerts allows users to purchase tickets in the Metaverse with the company’s token, ANML. This gives users full access to Metaverse concerts in familiar ecosystems like Decentraland and The Sandbox. Next, the company plans to build out its own Metaverse concert venue. Animal Concerts recently announced a partnership with South Korean unicorn Kakao’s Klaytn network to increase its exposure to the Korean entertainment industry.

Katz added that YellowHeart is looking into applying its NFT tickets within Metaverse environments: “We are working on securing venues and partnerships in the Metaverse, as this will be a disruptive angle.” However, Katz pointed out that Metaverse ecosystems will never be able to fully replace live concerts: “The Metaverse will complement live music, ensuring that we have both options available now.”

While notable, it’s important to point out that NFT tickets are gaining popularity since they aim to solve inefficiencies faced by traditional ticketing systems. Josh Katz, founder and CEO of YellowHeart — a marketplace for music and live-event NFT ticketing — mentioned that NFT tickets allow fans to have more control, along with offering ongoing royalties for artists. Katz noted that these points are important when considering the problems associated with traditional ticketing models:

“There are tremendous challenges around ticketing today, including counterfeiting, bad actors, rampant fraud and, more than anything, fragmentation. For instance, when a major ticketing platform releases a ticket, it can be bought and sold across secondary marketplaces multiple times. NFT tickets solve all of these problems.”

According to Katz, the initial premise behind NFT ticketing platforms is to redirect money from third-party ticket sellers back to artists. He explained that NFT tickets can provide ongoing royalties to stakeholders, artists and event organizers: “The artist take is 95% primary and 5% secondary, currently. But when YellowHeart secondary opens in Q2, artists will be able to set their own secondary rate and keep up to 100% of revenue flow.”

Echoing Katz, Mort commented that Get Protocol’s white-label ticketing product consists of a mobile application, event dashboard, ticket webshops and other supplementary features. Mort explained that these elements help eradicate ticket scalping while giving event organizers full control over their secondary market ticket sales: “This ensures that event organizers rightfully make more revenue for their event ticket sales while keeping a direct connection between artist and all fans that would previously have been lost to external platforms.”

It could be argued that control over secondary market sales is one of the most important features provided by NFT tickets, especially as ticket brokers continue to buy thousands of event tickets to resell at inflated prices. Shedding light on the matter, Marc Brownstein, co-founder and bassist of The Disco Biscuits — an American jam band mentioned that as a musician, he fully supports the idea of NFT tickets. Disco Biscuits has already explored NFTs elsewhere, having recently announced their second NFT album launch. Brownstein said:

“As creators and artists, being able to have some stake in the secondary ticket market is valuable. For example, if you are releasing a 500-ticket show and each ticket is $50, these can sell out instantly and then be listed on Stubhub for $500 each. This is a scenario artists know too well, so having commission on secondary sales is very opportunistic.”

In addition to giving back to artists and event organizers, Katz mentioned that NFT tickets contain everlasting utility. For example, Katz shared that the Kings of Leon’s tokenized NFT album generated close to $1.45 million during the first five days of sales on OpenSea. Part of this release contained VIP fan experiences, band meet-and-greets, exclusive tour merchandise and more. Katz explained that live music events that have returned since the end of COVID-19 lockdowns can now issue NFT tickets with similar utility:

“Individuals who buy NFT tickets are opted into a community for that artist or event. Merchandise booths may also become available where orders can be placed digitally, show transportation can be provided, and more. NFT tickets also allow for contracts to change, so leading up to a show or an event, holders can be treated as VIPs. Additionally, there are post-show utility features.”

While the concept behind NFT tickets is still emerging, the potential is becoming apparent to the mainstream. Most recently, the National Football League announced the launch of its limited-edition NFTs for the post-2021 season.

“Following the popularity of the regular-season virtual commemorative ticket NFTs, we will continue to release NFTs during the postseason and up through the Super Bowl. Select fans who attend postseason games will receive a free virtual commemorative ticket NFT, and a limited number of NFTs will also be made available to all fans for purchase for each round of the playoffs as teams progress, and to commemorate each team’s run through the postseason.”

The Metaverse for enterprises

While the concept may sound futuristic, a number of enterprises leveraging blockchain are beginning to embrace the Metaverse. This topic was discussed in-depth last Wednesday at the European Blockchain Convention’s virtual conference, during a panel entitled “Building the Enterprise Multiverse.”

David Palmer, blockchain lead at Vodafone Business, mentioned during the discussion that he views the Metaverse as much more than a virtual world where digital experiences via games or social media networks can take place. According to Palmer, the Metaverse is now being applied to financial concepts powered by blockchain technology, such as central bank digital currencies, nonfungible tokens, or NFTs, and DeFi.

Yet Palmer noted that the layer missing in the Metaverse is a way to transfer virtual transactions to the real world. Palmer noted that a mobile phone can bridge these two worlds together, acting as a middleware. He further mentioned that Vodafone Business is leveraging blockchain to create digital identities that can be applied in both the Metaverse and in real life:

“Digital identity will transcend the digital and physical worlds. For example, a digital wallet will contain a bank account, mortgage information, tokens, NFTs and more. But a decentralized identity will also have access to those credentials, allowing individuals to participate in the Metaverse and in the physical world.”

Palmer shared that Vodafone Business is working on building wallets within mobile devices to host virtual identities. The notion of self-sovereign identity in a multiverse was also mentioned in Greyscale Research’s recent report, titled “The Metaverse, Web 3.0 Virtual Cloud Economies.” The paper describes self-sovereign identity as being an “internet-native social reputation coin (creator coins),” noting that data from other platforms may be transferred into the Metaverse and used for identity or credit scoring.

Angel Garcia, head of global supply chain strategy and transformation at Telefonica, further explained during the panel that a digital supply chain for the Metaverse could help bring about efficiency for telcos. According to Garcia, Telefonica has taken the approach of creating a blockchain network to be used within a Metaverse ecosystem. He added that the company is currently in the process of gathering information to improve end-to-end processes. “The next step is automating those business processes and making them centralized for everyone,” he remarked.

Fenn elaborated that companies with a digital twin in a Multiverse ecosystem will be able to produce more goods and services, while using less environmental resources. As such, he believes that this business model will allow the world to move away from a finite to an infinite economy.

Enterprises already use blockchain to operate in the Metaverse

While enterprises are still exploring early use cases for applying business models within the Metaverse, some sectors are already leveraging these environments. For example, Herkelrath mentioned that blockchain networks leveraged in the insurance industry demonstrates a Metaverse business model.

Specifically speaking, Herkelrath explained that hundreds of thousands of insurance contracts are being offered to farmers globally through virtual ecosystems. He added that smart contracts built on top of blockchain networks, along with decentralized oracles like Chainlink, have made it possible to solve challenges of transparency within the insurance industry. Moreover, this has streamlined the entire insurance process to make it globally accessible to disenfranchised customers.

Although it may appear that blockchain alone has enabled this, Herkelrath noted that smart contracts generated by insurance agencies require data that couldn’t have been gathered without the existence of a Metaverse:

“This is made possible because you have a metaverse of companies with data coming in that is verified by a broader network. The fact that this can happen in the Metaverse demonstrates that business-to-consumer transactions can become inexpensive and accessible to anyone in the world.”

How likely are enterprises to embrace the Metaverse?

While some companies are beginning to develop and leverage business models in the Metaverse, understanding the technology could hamper fast adoption. Rodolfo Quijano, head of blockchain at Henkel — a German chemical and consumer goods company — mentioned during the panel discussion that the biggest challenge driving adoption now is understanding the value that the Metaverse can provide to enterprises:

“Technology isn’t an issue, but it will take more time getting people to wrap their heads around what blockchain does and how this can compare with old-fashioned enterprise resource planning systems. Finding evangelists can be a big challenge for adoption in terms of blockchain being applied in the Metaverse.”

Palmer added that scalability within a Metaverse enterprise environment is also an issue, along with getting companies to understand how to transition and engage with this new technology: “For a teleco, the biggest point to consider is how to connect people in the Metaverse. People will have two identities, one virtual and one physical, so the question is if we will have the bandwidth in terms of connectivity.”

Moreover, Palmer believes that companies will question the role blockchain plays when it comes to Metaverse business models. However, he believes the technology is crucial for these use cases. “Blockchain is the trust and exchange layer in a multiverse environment. It’s a massive opportunity, but it will be a challenge for companies to make the transition.”