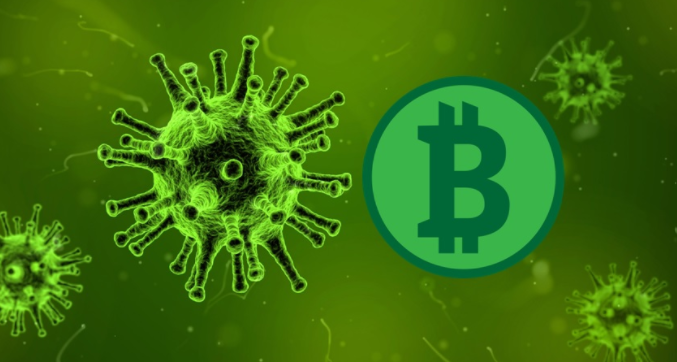 The World Health Organization will meet on Friday to address the emergence of the B.1.1.529 variant, which South African scientists have said contains more than 30 mutations to the spike protein, the component of the virus that binds to cells. This is significantly more than the now-dominant Delta variant, itself highly contagious.

The variant has been detected in a Hong Kong quarantine hotel in a traveler from South Africa, with one individual across the hall also reportedly affected and remaining travelers quarantined separately. Cases have also been reported so far in Botswana, Israel and Belgium.

The U.K. government imposed a ban on flights from South Africa and Botswana, where cases of the new variant have also been reported, along with Eswatini, Lesotho, Namibia and Zimbabwe, from noon on Friday until 4 a.m. on Sunday. From then, a mandatory 10-day quarantine period will be enforced on travelers from those countries.

Many of these mutations are linked to increased antibody resistance and could affect the variant’s behavior with regard to vaccines, treatments and transmissibility, health officials have said, though the WHO has said further investigation is needed to better understand the implications.

Some analysts have suggested that the starkness of the market moves might be exacerbated by thinner trading volumes due to the U.S. Thanksgiving holiday. U.S. markets were closed Thursday and will only operate until noon on Friday.

Cryptocurrencies did not avoid the hit either. Bitcoin sank 7% in the last 24 hours to $54,561, according to Coin Metrics data, its lowest level since Oct. 8. The cryptocurrency is down 20% from an all-time high of nearly $69,000 which it hit earlier this month.

Bitcoin has often been described by its proponents as “digital gold,” a reference to the yellow metal’s status as a so-called safe haven asset.

Crypto investors say the virtual currency offers a store of value as well as a hedge against inflation. Other cryptocurrencies also fell sharply Friday. Ether, the second-biggest crypto, plunged more than 10% to $4,007, while XRP slumped 10% to around 95 cents.

Crypto exchange Deribit is the absolute leader in the Bitcoin (BTC) options markets, and on Nov. 24, the 25% delta skew indicator signaled that sentiment among pro traders was becoming “more bearish overall.”

Bitcoin price appears to following a descending channel since Nov. 9, so a “bearish” signal might be a reflection of the 22% drop since the $69,000 all-time high.

The opposite holds when market makers are leaning bullish, and this causes the 25% delta skew indicator to enter the negative range.

Readings between negative 8% and positive 8% are usually deemed neutral, so Deribit’s analysis is correct when it states that a considerable shift towards “fear” happened on Nov. 23. However, that movement eased on Nov. 26 as the indicator now stands at 8%, no longer supporting traders’ bearish stance.

What happened in the futures markets?

To confirm whether this movement was specific to that instrument, one should also analyze futures markets.

The futures premium — also known as the “basis rate” — measures the difference between longer-term futures contracts and the current spot market levels. A 5% to 15% annualized premium is expected in healthy markets, which is a situation known as contango.

This price gap is caused by sellers demanding more money to withhold settlement longer, and a red alert emerges whenever this indicator fades or turns negative, known as “backwardation.”

Unlike the options 25% delta skew, which has shifted to “fear,” the futures’ primary risk metric was relatively stable at 11% between Nov. 16 and 25. Despite a minor drop, its current 9% is neutral for futures markets and not even close to a bearish tone.

One can only make guesses on why pro traders and market makers using Bitcoin options markets are overcharging for put (sell) options. Maybe they fear imminent risk after a U.S. Senate Committee sought information on the issuance of stablecoins on Nov. 23.

On that same day, the board of governors of the Federal Reserve System announced work on a series of “policy sprints” aimed at addressing regulatory clarity in the crypto industry. The administrative agencies will potentially adjust compliance and enforcement standards on existing laws and regulations.

Still, that does not explain why these uncertainties were not reflected on Bitcoin futures markets. So one must question whether the 25% skew indicator should be disregarded in that case.

The Dec. 31 Bitcoin options expiry holds 60% of the current open interest, totaling a $13.4 billion aggregate exposure. As the above chart shows, there’s virtually no interest on put (sell) options above $60,000.

Considering call (buy) options are 145% larger than the protective puts for Dec. 31, one should not worry too much on how market makers are pricing these instruments. Thus, the 25% delta skew shouldn’t hold much importance right now despite Deribit’s bearish alert.

Bitcoin, Ether and other cryptocurrencies plunged on Indian exchanges into a discount of up to 25 per cent compared to their global peers amid heavy panic-selling by the investors. ‘The Cryptocurrency and Regulation of Official Digital Currency Bill, 2021’, aimed to create a facilitative framework for creation of the official digital currency to be issued by the RBI. It also sought to prohibit all private cryptocurrencies in India, barring few exceptions. The stock exchanges and industry experts urged the to remain calm and not arrive at a rushed conclusion.

“The industry is hopeful for a positive policy from the govt due to several factors, a negative policy will create a massive brain drain, there are multiple Indian entrepreneurs who are building in Web 3 and there are a lot of users of these platforms, as well. One needs to understand that this policy is not going to just affect the exchanges but also platforms that are providing L2 solutions or other solutions working on bridging the gap between defi and the real world.India cannot be left behind when such technological disruption is taking place, one cannot discourage crypto and encourage innovation via blockchain as both are two sides to a coin,” said Tarusha Mittal, member of blockchain and crypto assets council (BACC) and COO & co-founder, OroPocket and UniFarm.