Is Bitcoin vs Gold still the important topic? 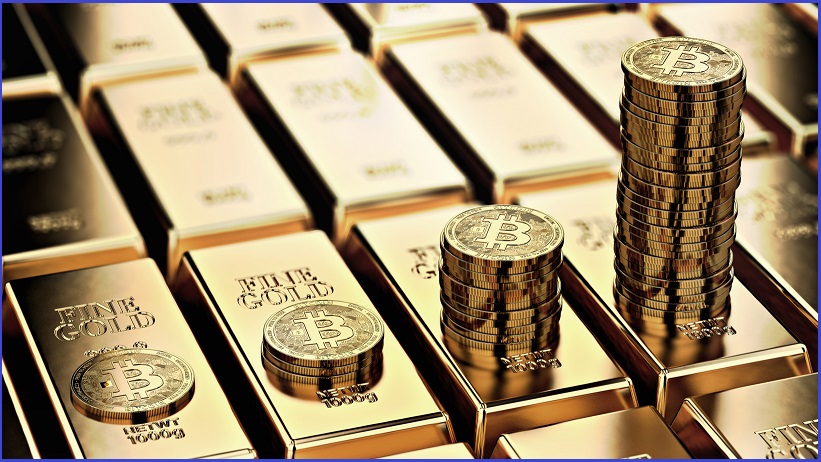 Is Bitcoin vs Gold still the important topic?

The Gold versus Bitcoin debate gathered steam last month as US inflation hit three-decade highs. Globally, consumer prices have accelerated at an unprecedented rate, prompting investors to seek a hedge against inflation and gold bugs and Bitcoin fans arguing over which asset is a better store of value.

I will provide some insights into what these two assets have in common and how they differ, as well as examine their correlation.

How are Gold and Bitcoin similar?

Bitcoin and gold gain their value from a limited supply and a rising consumer demand during periods of increased consumer price pressures. Gold is limited in supply and so is Bitcoin, which is projected to run out by 2140.

Bitcoin and gold can both be exchanged for goods and services. However, to become a functional medium of exchange, Bitcoin must firmly establish itself as a store of value first. To put it another way, before people want to use Bitcoin for their everyday transactions, they need to want to be paid in Bitcoin and to retain BTC balances.

Gold and precious metals are viewed as a safe haven by investors in times of uncertainty because they are not regulated by the government. Like gold, Bitcoin is independent of any single system.

Gold prices have historically done well during periods of high inflation. But the performance of the precious metal this year is nothing compared to Bitcoin. Thus, BTC has rallied more than 80% so far this year, while gold has lost about 5%. In October, bullion added just 1.5%, while the flagship cryptocurrency rose by almost 40% in the same period.

How is Bitcoin different from gold?

Gold is less volatile than Bitcoin, so this is probably the biggest argument in its favor. It is popular among investors during economic downturns. The precious metal has a solid track record of price stability, which explains this

Looking ahead, the presence of institutional investors in the crypto market might dampen its volatility and smooth out the market’s dynamic. I believe that at some point extreme volatility will no longer be the case for crypto.

Owning, transacting, buying and selling Bitcoin has so many benefits over gold, and it is cheaper and easier to keep BTC safe, while gold is a difficult asset to manage. Physical gold is scarce. Paper gold remains a bit of a worry. US gold stocks are highly rated. Meanwhile, Bitcoin is only a click away, so it’s no wonder that people searching for shelter jump right to the cryptocurrency.

It used to be that gold and Bitcoin had a negative correlation or no relationship, but current trends indicate that the two assets are starting to move in common to some extent with regards to their perceived value as inflation hedges.

Crypto adoption continues to grow exponentially, and Bitcoin returns continue to outpace gold, so it’s only volatility that prevents it from becoming a mainstream conventional asset. Bitcoin’s volatile nature – along with its steady rise over time – is what both scares and attracts people.

If Bitcoin were less volatile and let’s say, a $10 increase were extraordinary for it, as it is for fiat currencies and precious metals, then mass adoption would be inevitable. We would no longer need fiat currencies but rather low volatility and predictable cryptocurrency instead. Perhaps it wouldn’t be Bitcoin – but an improved version of Solana or another new-generation crypto that would see the most adoption.

In the current crypto market, unknown tokens can go from zero to billions in market cap within months. This is an opportunity people are increasingly willing to take advantage of.

It’s clear that there are more players in the market now, and they understand that the BTC rally won’t last forever. Either it would lose steam and become less volatile or it would burst like a bubble. A Bitcoin worth $1 trillion sounds crazy. In this scenario, whales would be the richest people on earth, so what about the rest of the people? From the perspective of the global economy and the future world order, this makes no sense. On top of that, no government authority would allow such a thing to happen.

Therefore, Bitcoin would either lose volatility (which is hard to imagine) or lose interest (even more improbable). It could also change into another form – or perhaps we’ll have yet another crypto that would be linked to sustainability and eco-friendliness, as this is currently a global trend.

While Bitcoin is still a volatile asset, it’s likely to face off against other assets in the medium- to high-risk investment segment in the coming years. Therefore, if you do your own research and limit your investment to what you are comfortable losing, it can be really profitable. Moreover, cryptocurrency enthusiasts willing to go deeper can find a variety of up-and-coming altcoins that have the potential to yield good profits.

To end off, Gold and silver have been stores of value and mediums of exchange for at least 4 millennia in every civilization in every corner of the world. It has unmatched accessibility to people of all economic standing and technological knowledge. And gold is the ultimate currency of central banks, silver of the people. There is room for cryptocurrencies too since their digital nature is a fundamental difference from gold and silver. But that characteristic also ensures that cryptocurrencies will never replace gold and silver and will ultimately improve the metal’s value.
However, Gold is, no pun intended, the standard if you want to measure purchasing power over millennia. The liquidity of gold has been consistent over time. Gold is what defines the X-axis of purchasing power over time. Bitcoin, while it shares defensive qualities with gold, has the additional attribute of being aspirational. What bitcoin would seem to possess is the potential to go up to multiples of a moonshot. No one thinks gold will moonshot. Bitcoin is also finite, unlike gold. No increase in demand can change that. There is zero elasticity.