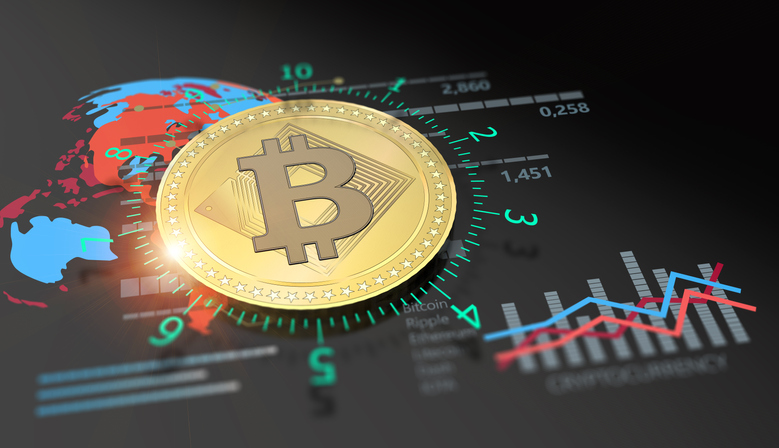 Bitcoin (BTC) lost nearly 10% of its valuation starting late on January 5 leading to a new month low of $42,761. The top cryptocurrency has been consolidating below $50K for nearly a month now, and critics believe like every previous cycle we have topped the market in October and the price might only go lower from here.

After every bull cycle and all-time-high the market sees a massive correction over 80-90%. However, after each bull cycle, the price drop never touches the previous cycle’s ATH, and by that theory, a fall from the current BTC top would put it below $20K, lower than the 2017 ATH as each bull cycle the price drop after an ATH has contracted. (ATH – All time high)

Personally, after dismantling the earlier theories of a possible market top in December, I have been focusing on the current market trend and how BTC is slated for a fifth wave where each wave creates a new ATH before seeing a slide off just above the previous wave’s high. BTC is currently at the top of the fourth wave and sees a correction from the top that could go as low as $41K, but the fifth wave is expected to top at $105K and then we will see a market top.

Wednesdays crypto market crash saw BTC price fall below the horizontal support line of the descending triangle as shown on the four-hour chart.

Losing the aforementioned support at $45,645 was crucial for bears as the price of the pioneer cryptocurrency escaped from the confines of the governing chart pattern.

If this happens, BTC/USD price will drop approximately 7.57% from the current price around $43,308. 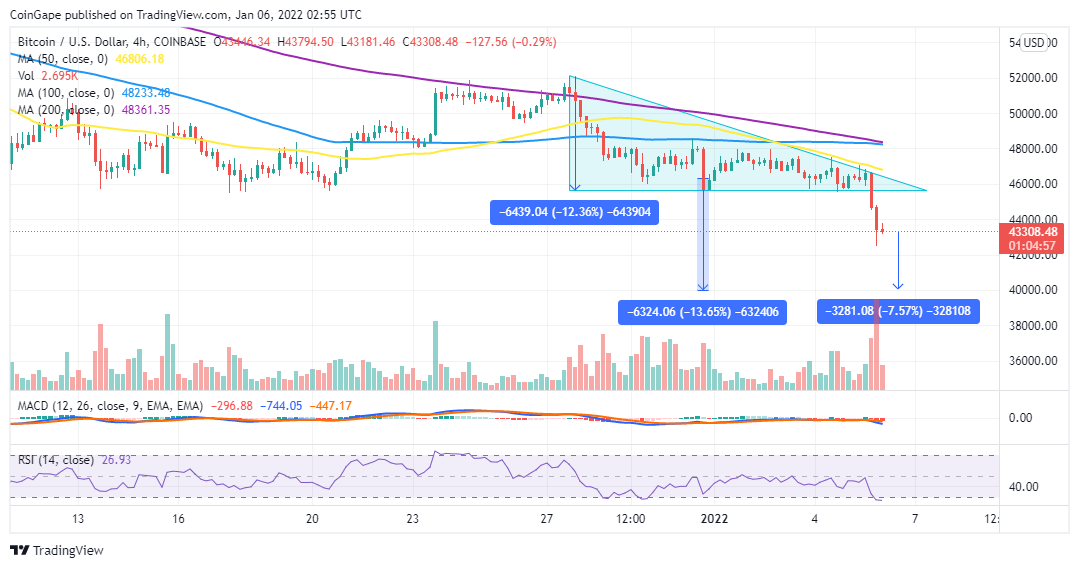 Note that the entry of the Moving Average Convergence Divergence Indicator (MACD) into the negative region validates this bearish outlook. Also, the MACD sent a call to sell Bitcoin yesterday when the 12-four-hour exponential moving average (EMA) crossed below the 26 EMA suggesting that the market momentum had flipped red.

In addition, the entry of the RSI into the oversold zone is an indication that the bears are currently in control of the BTC price, adding credence to the bearish outlook.

Looking Over The Fence

On the flipside, the oversold RSI is an indication that the selling pressure might fade out soon pointing to a reversal in the price action in the near future.

If this happens, Bitcoin might rise to reclaim the $44,000 support level, which might bolster bulls to undo yesterday’s losses.

The top cryptocurrency is currently trying to conquer $43k as support as it trades around $43,100 at the time of writing. The veteran traders were not necessarily surprised by a 10% market decline as they consider upto 30% pullback in the bull market as a natural market cycle to move to new highs.

Latest Posts
PrevPreviousBleeding January for Crypto, What is happening? (2022)
NextBear Market? What should you be doing?Next