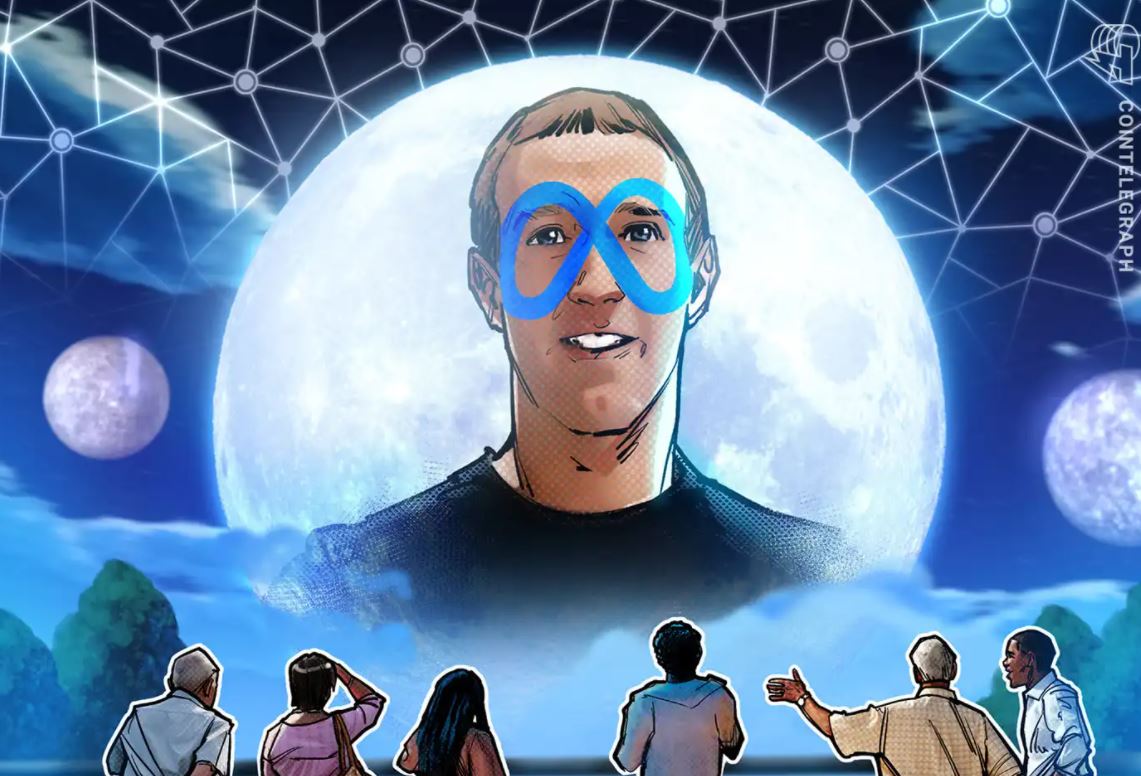 Facebook’s decision on Oct. 28 to rebrand itself to Meta — to indicate its plans to build an avatar-filled metaverse — helped spark a speculative rally across cryptocurrencies that belong to similar virtual world projects.

Decentraland, a virtual place with its own economy, currency (MANA) and social events — accessible to anyone with a web browser — saw its market valuation explode from $1.44 billion to $2.08 billion over the past 24 hours. This happened as its native token, MANA, jumped by around 45% to $1.14 in the same period.

At its intraday best, the Decentraland cryptocurrency was changing hands for $1.227 on Oct. 29, its highest level since May 18.

Traders started rushing into the Decentraland market after assessing Facebook’s foray into the virtual world sector. The company’s chief executive officer, Mark Zuckerberg, said it will from now on be “metaverse first, not Facebook first” following the latest rebranding.

Calling it a highly liquid venture, Angervail stressed that Meta would eventually collaborate with existing NFT projects in the space, which would help the crypto sector, on the whole, to come into the mainstream. He added:

“We can expect unique NFT and metaverse innovations tailored to Meta in the coming months.”

Axie Infinity, a Pokemon-styled “play-to-earn” pet training game and virtual world, also saw its market valuation increase by around 10% in the past 24 hours, from $7.74 billion to $8.40 billion.

At the same time, Axie Infinity’s native token, Axie Infinity Shard (AXS), also rallied by over 20% to hit $150 for the first time in two weeks. AXS serves as legal tender in the Axie marketplace, where players use it to purchase in-game NFTs (digital pets).

On the whole, the net market capitalization of metaverse tokens grew 13.40% to $12.36 billion over the previous 24 hours.

“The growth in these tokens did not come as a surprise,” Mike Dickens, operations manager of NFT marketplace Blockasset, told Cointelegraph, adding:

“The new Facebook name alludes to the ground-breaking work these NFT protocols have done in recent years […] These factors also contribute to the rising sentiments surrounding these NFT tokens Friday.”

The executive told Cointelegraph that “Traders will profit more to place their bets when the market has cooled off from this massive price upshot,” albeit adding that Meta would overall push the sector to higher valuations in the coming quarters. Notably:

“Meta’s exerted indirect influence may push this capitalization which may top $60 billion before the end of Q1 2022.”