Bleeding January for Crypto, What is happening? (2022) 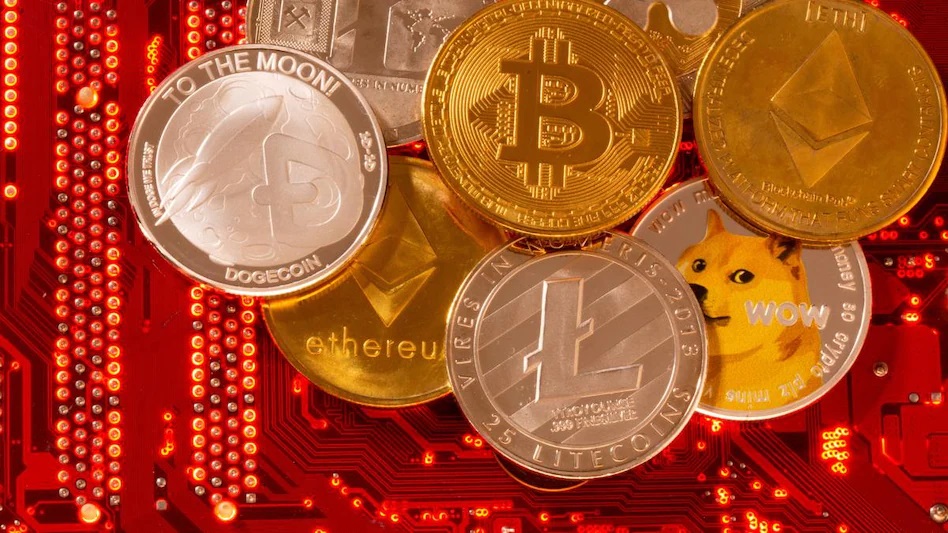 Bleeding January for Crypto, What is happening? (2022)

Bitcoin’s started bleeding down to a three-month low as the entire market witnessed a cascading crash. At the time of writing, Bitcoin is valued at $43,168, down by over 7 percent over the past 24 hours on global exchanges. Bitcoin touched an intraday low of $42,466.69 over 24 hours, as per CoinGecko data. The S&P500 index closed 1.9% lower at 4,700.58, while NASDAQ ended Wednesday 3.3% lower at 15,100.17. The crypto market bloodbath wiped out nearly $300 billion from the crypto market cap and saw $800 million worth of leveraged positions getting liquidated. Bitcoin saw the largest share of total liquidation with $36.91 million followed by Ether at $20.88 million and Solana (SOL) at $1.88 million.

Based on my analysis, Bitcoin is in desperate need of a catalyst as crypto traders struggle to buy ahead of the beginning of a Fed rate hiking cycle. 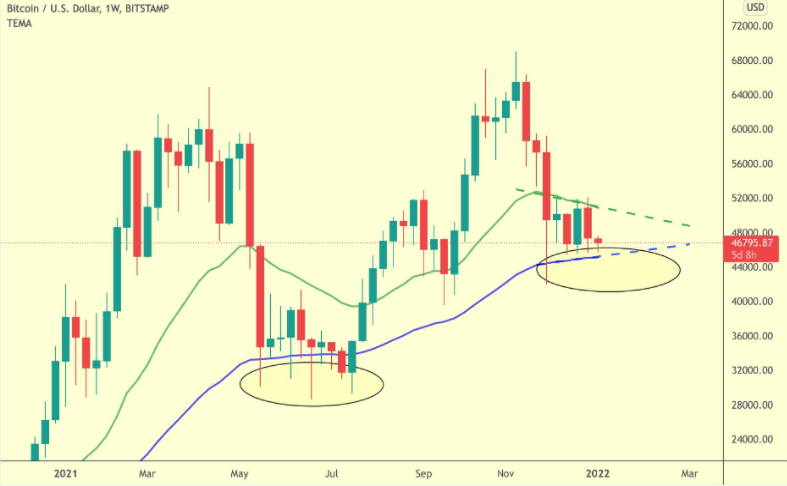 Bitcoin is currently between the same moving averages, yet only 5 weeks have been spent in this region. This suggests that, if history is to repeat, there may be some more weeks of pain for bulls, but that this is a period of accumulation leading to new all-time-highs in the coming months.

The big slump occurred as the US Federal Reserve indicated it could move up its timetable for raising interest rates to mid-March. The US Federal Reserve is essentially going to stop printing money and make it more expensive to borrow in order to steady the economy and keep rising inflation in check. Meanwhile, Kazakhstan, the country which accounts for a large 18 percent of the Bitcoin network’s hash activity, witnessed a nationwide Internet shutdown, causing BTC’s hashrate to drop by 13.4 percent — reflecting in a sharp fall in value.

The shares of crypto miners took a nosedive during trading on Wednesday as the price of Bitcoin (CRYPTO:BTC) plummeted. At 4:15 p.m. ET, Bitcoin was down 4.95% in the last 24 hours, but it’s down 6.2% since early this morning.

The drop in Bitcoin can be a double whammy for Bitcoin miners. First, they make their revenue in Bitcoin as compensation for providing mining services to the network. When Bitcoin goes down, their revenue goes down as well without any real offset to their costs. Given the high levels of fixed cost associated with mining, we could see net income drop dramatically if the current Bitcoin trend continues.

Many of these companies have also chosen to hold Bitcoin on their balance sheets, which makes the drop in Bitcoin even worse. As of the end of the third quarter of 2021, Riot holds 3,995 bitcoins, Marathon has 7,035 bitcoins, and Hut 8 has over 5,000 bitcoins in reserve. In just the last few hours alone, these companies have lost over $50 million just in the value of the Bitcoin on their balance sheets.

Miners aren’t just going to see a negative impact on the income statement if Bitcoin continues to drop; they’ll see their balance sheets get crushed as well, and that should be a concern for investors.

In my opinion and based on what’s going on in the USA, we are going to see the Federal Reserve reduce its stimulus policies in 2022, which likely helped drive the crypto rally in 2020 and 2021. That could put pressure on Bitcoin as less money is flowing through the system.

If you’re bullish on Bitcoin then it’s an asset you can invest in directly, but today is a reminder that miners are effectively a leveraged bet on Bitcoin. When it falls they will fall even harder, and that’s exactly what we are seeing in the market today.

If we take a step back and look at the bigger picture, Bitcoin’s recent volatility can be connected to the rise of altcoins such as LUNA, MANA, and DOT. These altcoins are distributing the interest of investors and creating a healthy and competitive market. Eventually, while this bleeding is ongoing, we will start to see a lot of excited investors hopping on this bargain sale.

Whenever Bitcoin bleeds more than 30% from all time highs, it is nothing out of the ordinary, just a normal price action that keeps the currency stronger as weak hands are shaken off.