88.7 million LUNA tokens ($4.5 billion) will be burned and swapped for the stable coin (UST) 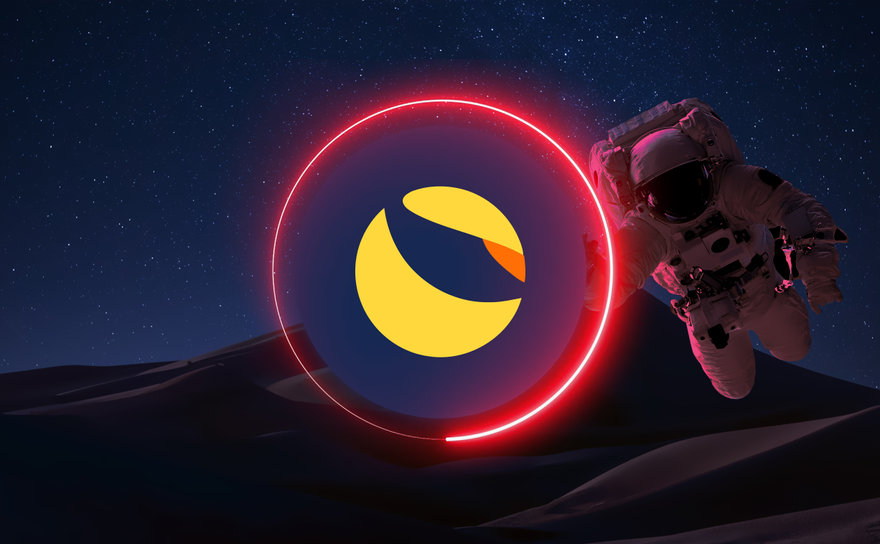 88.7 million LUNA tokens ($4.5 billion) will be burned and swapped for the stable coin (UST)

Terra, the algorithmic decentralized stablecoin project will burn $4.5 billion worth of its native coin LUNA from its community pool. The decision was taken through Terra’s on-chain governance system. According to their Twitter announcement, LUNA will be burned and swapped for UST, which is Terra’s native stablecoin.

The burn will take place on every 800 blocks generated by the smart-contract based project. With this burn, Terra is planning to ease the native coin into its new upgraded structure Columbus 5. The UST stablecoin generated from the burn will be reallocated and distributed to the community pool. There’s still no announcement as to what will be done with the reallocated UST

Terra has stated that the burn will leave the community pool with 10 million LUNA tokens, which should be sufficient to meet the community demand. This massive burn will simplify the algorithmic altcoins rather complex economics and enhance its boost staking rewards.

Related Post : Why is Zachdev so confident about LUNA?

LUNA prices are expected to go up

As with any cryptocurrency, large volumes of token burning usually results in a price hike. After the announcement on Terra’s official Twitter feed, LUNA’s market price has already started to go up. The altcoin is up by over 7% in the last 24 hours.

LUNA has already hit a new all-time high last week, after reaching $54.77, followed by a sharp decline in the $47 range. According to Terra’s governance proposals 133 and 134, the project will use LUNA to bootstrap its decentralized insurance system Ozone. But how much of it will be allocated to bootstrap Ozone will only be determined after the whole stockpile of 88.7 million tokens are burnt and swapped for UST.

The altcoin is currently trading at $50.98, inching towards its previous all-time high.

So you might be wondering,
what is Cryptocurrency Coin Burning?

If you keep up with cryptocurrency at all, it won’t take long to hear about coin burning, a method of cutting a coin’s supply that became popular around 2017. As you often see in cryptocurrency, it has been copied almost endlessly since then.

With coins large and small, there’s news about how the developers burned millions, billions, or even trillions of tokens. In this article, you’ll learn exactly what cryptocurrency burning is and why developers do it.

Coin burning happens when a cryptocurrency token is intentionally sent to an unusable wallet address to remove it from circulation. The address, which is called a burn address or eater address, can’t be accessed or assigned to anyone. Once a token is sent to a burn address, it’s gone forever.

Anyone who owns a cryptocurrency can burn it, but it’s not exactly something you’d want to do for no reason since you’d essentially be throwing money away.

Most of the time, it’s the developers of a cryptocurrency who decide to burn a certain amount. Coin burning reduces the supply, making tokens of that cryptocurrency scarcer. That scarcity can lead to an increase in price and benefit investors.

There are a couple of caveats to mention about coin burning. It isn’t guaranteed to increase the crypto’s value. In fact, many see little to no benefit from it.

A cryptocurrency coin burn can be used to deceive investors. Developers can claim to burn tokens when they’re actually sending those tokens to a wallet they control. To avoid this, it’s important to do your research on the crypto you’re investing in or stick to safer cryptocurrency stocks.

Developers also burn tokens as a way to hide whales who hold large portions of a cryptocurrency. Let’s say a developer launches a cryptocurrency with 1 billion tokens, keeps 100 million, and immediately burns 600 million. It will look like the developer owns 10% of the supply because the original supply was 1 billion. But the developer really owns 25% of the 400 million tokens still in circulation, which is obviously a much larger amount.

How did coin burning begin?

The idea behind coin burning dates back to well before cryptocurrency. It’s very similar to, and likely inspired by, stock buybacks

A stock buyback is when the company that issued the stock buys shares back at the market price and reabsorbs them, reducing the number of total shares in the market. While buybacks and coin burning aren’t an exact match, they’re similar concepts that can serve the same goals.

Coin burning started becoming popular with cryptocurrencies in 2017 and 2018 when multiple coins, including Binance Coin (CRYPTO:BNB), Bitcoin Cash (CRYPTO:BCH), and Stellar (CRYPTO:XLM) burned tokens to cut supplies and boost prices. More recently, it has been a common strategy with newer cryptocurrencies that start out with massive token supplies.

One of the main reasons coin burning has caught on lately is because it allows cryptocurrencies to start out at cheap prices and then artificially increases their value once people have invested. A new cryptocurrency can launch with 1 trillion tokens worth a fraction of a cent and attract investors because of the low price. Later, the developers can burn billions of tokens to raise the price.

What coins are able to be burned?

Here are a few notable digital currency tokens that have been burned and the circumstances surrounding these events:

What is proof of burn?

Proof of burn is a consensus algorithm that blockchains can use to validate and add transactions. It’s used to prevent fraud and ensure that only valid transactions go through.

With proof of burn, crypto miners need to burn their own tokens to earn the right to mine new blocks of transactions. The more tokens they burn, the more they can mine. In return, participants receive rewards in the cryptocurrency they’re mining.

Some proof-of-burn cryptocurrencies require that miners burn the same currency that they’re mining. There are also some that let miners burn other types of crypto.

The advantage of proof of burn is that it’s an efficient way to validate transactions and doesn’t have the energy requirements of the proof-of-work model.

Here are the main applications for coin burning: